Today I would like to explore the idea that our approaches in church might need to change in order to connect with young people and that it is necessary. Whenever we talk about different generations in our churches someone throws in the argument that the gospel is timeless. This is true. We have one Gospel given that applies through all times and generations.

At the same time we see even famous Bible characters like Paul adapting his words and approaches to fit with the Greeks and the Romans. We see how most famous missionaries of the last few thousand years lived inside their target cultures or at least adapted their behaviour, words and even language to help people understand.

Maybe it is helpful to think of Generation Z as a foreign culture. Research says that they are. Apparently it is very likely that a 15 year old who lives next door to you has more now in common with a 15 year old in Nairobi, Kenya than with you. This 15 year old is living in a different culture. Let’s think for a moment about some of the key characteristics of their culture and differences to Millennials (those in their 30s to mid 20s) and Gen Xs (those in their 40s to 60s)[1].

The diagram below might be somehow helpful in seeing some of the differences although it’s not showing that some of the Gen Zs are now in the workforce. 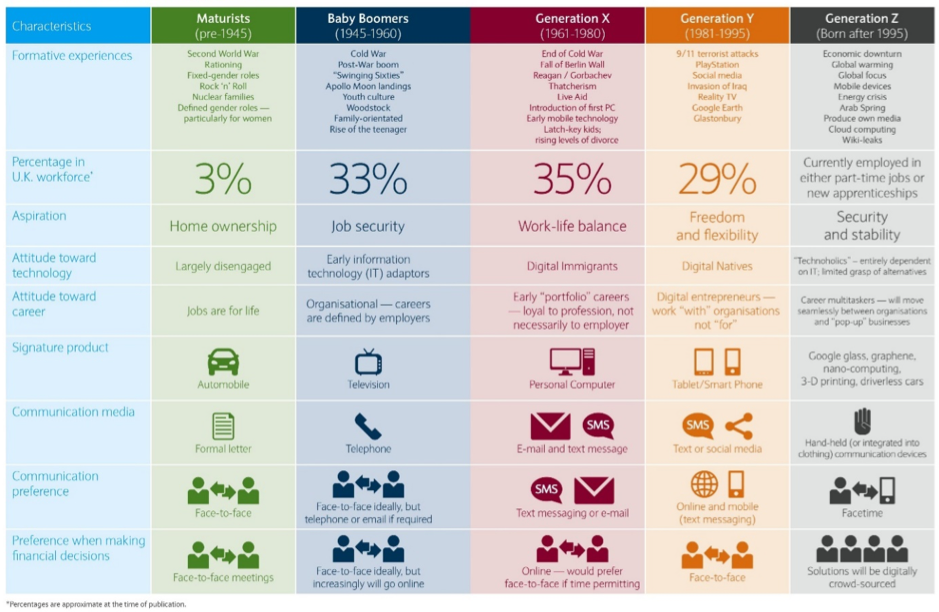 Some of the key differences lie in the way Gen Zs see the world. As they have grown up after September 11th and the 07-07 bombings they have been immersed in a world that feels unstable. Whereas Gen X and Gen Y knew peace and prosperity (at least in our Western world) the younger generations are constantly faced with news of terrorism and threats close to home. They get bombarded by messages of danger and fear. This makes them wary, risk-averse and none confrontational. Trust does not come easy and boundaries are not just desirable but encouraged.

At the same time they are globally connected, ‘digital natives’ so someone who never knew a world before mobile smart phones and portable technology. If we remove technology from them or limit access it is similar to amputating a limb for previous generations. The smart gadgets are not just an object or a ‘fantasy-world’, they are as real a part of their lives as sitting with their parents face-to-face at the dinner table and talking about life.

People use negative language such as ‘snowflake generation’ for Gen Zs but this is not helpful. Gen Z’s risk aversion and non-confrontational attitudes together with their lack of ‘truth’ and absolutes means they will accept things but not internalise them easily. They will struggle with absolutes and would sometimes rather lie than upset someone.

Their extreme FOMO (fear of missing out) means they are tempted to check their social media and other connected devices etc. constantly. This can be at times in the middle of the night. The global connectedness means their best friends might live in America or Africa and could be awake and interacting at very different times. All tech companies and marketing and advertising firms are aware of all these factors and behaviours and actively exploit them.

The extreme pressures that come with this connectedness, non-stop communication and information, constant bombardment of targeted news, adverts and nudges mean often more struggles. Tiredness, overload and mental health problems that go hand in hand with this are very common and even expected by the young people. Gen Z’s life goal is happiness and their route to happiness is (generally in this order) Money, Education, Family, Spirituality, Health.

Gen Zs are extremely engaged, passionate about the environment and other ‘causes’. They want to change the world and don’t understand why others might not want to do this. They don’t expect to ever get a job for life and are very fearful that they won’t get a job at all. They are idealistic but also fearful,  as on one side they have been told that ‘the world is their oyster’ and on the other that generally even a university degree will unlikely mean they get a job. They hate the idea of doing things they don’t like and have often been brought up without much boundaries.

Their parents are as likely to be divorced or not present as the opposite. Strong male role models are rarer than in previous generations and the concept of family is very varied and often not a concept at all. Yet they crave connection, community and love authenticity, while at the same time expecting little privacy. They have grown up in a world devoid of borders and expect others to know everything about them.

Many of these ways of thinking and attitudes present challenges but also huge opportunities.

Rather than give a big summary of ideas and biblical concepts that connect I would invite you to read the book of Acts and see how the early church dealt with many similar issues.

I would also suggest that this is something to think about in leadership meetings and to feel free to invite one of our Diocesan Youth Team to do a presentation on this.  They may also be able to offer some training on this. Why not contact us at: ypdp@blackburn.anglican.org or 01254 503419. 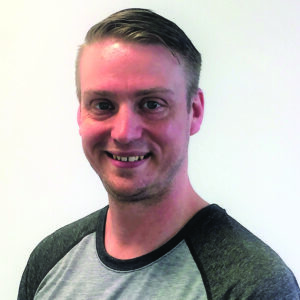 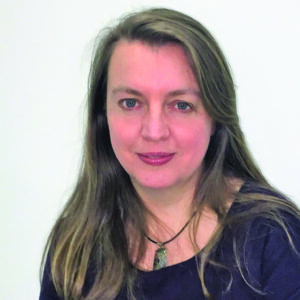 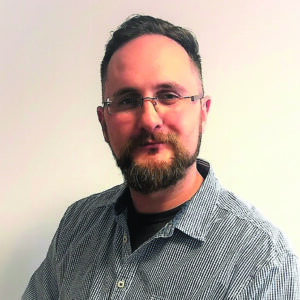 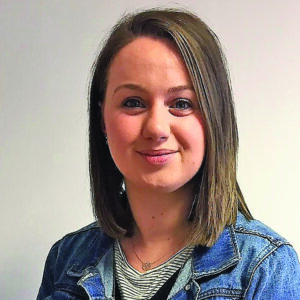